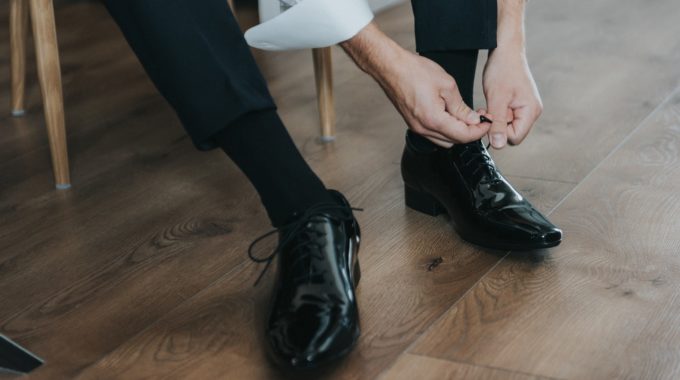 He shall remove his garments and don other garments, and he shall take the ash out of the camp, to a pure place.

The Gemara (Shabbos 114a) derives from this mitzvah that changing one’s clothing is a way to show honor to Hashem, which the Shibalei Haleket (58) says refers to changing one’s clothing for Shabbos. The Gemara (Shabbos 113a) also derives that one should wear different clothes on Shabbos from the word vechibadto. Why are two different psukim required to teach this halacha?

The Ben Yehoyada (Shabbos 114a) answers that these are two distinct halachos. Vechibadto teaches that we honor Shabbos by wearing nicer clothes, but our pasuk teaches only to wear different clothes on Shabbos, not necessarily nicer ones.

The Rambam (Shabbos 30:3) also alludes to these two aspects when he writes that one’s Shabbos clothes should be both clean (i.e., nice) and different from those worn during the week. The Vilna Gaon also apparently agreed, as he changed all of his garments, even undergarments, for Shabbos (Ma’asei Rav 147).

It would seem that despite the mitzvah of wearing nicer clothes on Shabbos, one may occasionally wear Shabbos clothes during the week, as Rus did when meeting Bo’az (see Shabbos 113a), and this is the ruling of the Netziv (Ha’amek She’eilah 1:5).[3]

As for motza’ei Shabbos, the Mishnah Brurah (262:8) says to remove Shabbos clothes after havdalah, but it is unclear whether he means they may be removed or must be removed.[4]

[2] See also Mishnah Brurah (262:5), citing the Arizal, that it is best not to wear any weekday item on Shabbos. But see Chut Shani (Shabbos Vol. 1 Ch. 3) that undergarments need not be changed.

[3] See Chut Shani (Shabbos Vol. 1 p. 53) who agrees about a simcha shel mitzvah, but see Orchos Rabeinu (Vol. 1 p. 107) that the Steipler would not wear a Shabbos jacket at a wedding during the week.

[4] See, though, Orchos Rabeinu (ibid.) that the Steipler would remove his Shabbos clothes immediately after Shabbos. But see Kaf Hachaim (O.C. 300:6) that some do not remove Shabbos clothing until after melava malka.