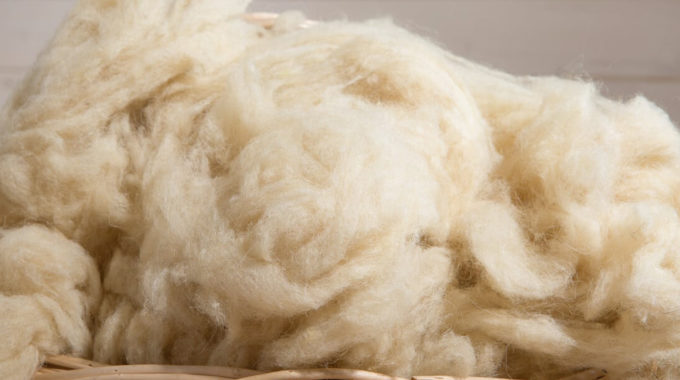 To resolve this, we need to explain the basis for this halacha. According to the Bais Yosef (based upon his understanding of the Rambam and Smag), this halacha of rov stems from the concept of bitul (nullification), where the majority thread nullifies the minority. But perhaps bitul can only be used to nullify an issur mixed in with heter and render it permitted, but not to provide a required status that an item does not have. Thus, if the bigdei kehunah must be made from sheep’s wool, perhaps a garment with a majority of sheep’s wool does not qualify based on bitul. This issue may be subject to a dispute among the Rishonim (see Kovetz He’aros 59).

According to the Noda Bihuda (Tinyana 186), the halacha of rov concerning linen and wool is not based on bitul, but based on the idea that every fabric has a halachic status. If a majority of the fibers are sheep’s wool, the fabric is classified as sheep’s wool, but if the majority is another material, it isn’t. According to this it would seem that a fabric with a majority of sheep’s wool and a minority of other material would be acceptable for the bigdei kehunah, because the fabric is halachically defined as sheep’s wool.