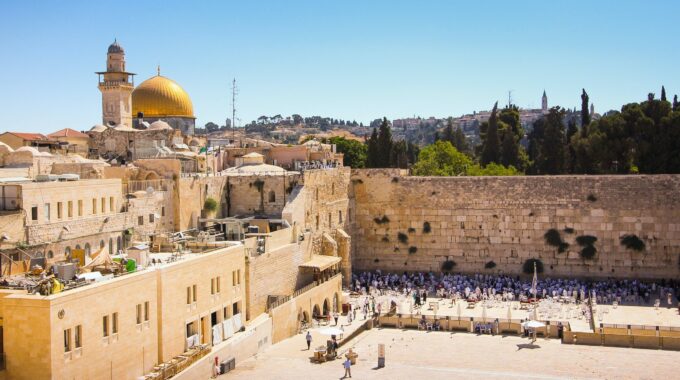 If a body is found in the land that Hashem your G-d is giving you to inherit it, fallen in the field, and it is not known who struck him down…And the elders of that city shall take a calf with which work has never been done and that has never drawn a yoke…

The Rambam (Hilchos Avodah Zarah 4:4) records the halacha that Yerushalayim cannot be an ir hanidachas, and he says the same about arei miklat (cities of refuge), because they were given to the levi’im.

The Rambam (Rotzeiach 9:4) also codifies the halacha that an eglah arufah is not brought for Yerushalayim, but unlike with ir hanidachas, he doesn’t apply the ruling to arei miklat. Why the difference?

Perhaps it is because the Rambam (Ma’aser Sheini 11:17) rules like R’ Yosi that the levi’im are the owners of their cities, which all had the status of ir miklat. If so, eglah arufah applies to them, even if it does not apply to Yerushalayim.

However, we must then explain why the Rambam says that an ir miklat cannot become an ir hanidachas. The reason may be that ir miklat is subject to eglah arufah because the levi’im that live there have rights to the city. But with regard to ir hanidachas, one must also consider the rights of those who could potentially live there, who could argue that we cannot destroy the city if they did not worship avodah zarah.