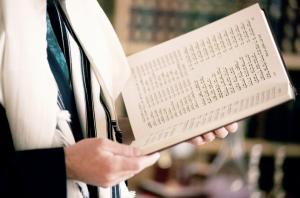 The final section of Parshas Pinchas deals with korbanos, which are not brought today. Nevertheless, three areas of practical halacha do relate to these pesukim: parshas hatamid, Musaf, and maftir.

Parshas hatamid is recited in Shacharis in the korbanos section before pesukei d’zimra. According to the Shulchan Aruch and Rama (O.C. 48:1), it is an established minhag to recite this parsha, even if one does not usually recite the other sections of korbanos. Likewise, the Rama (O.C. 234:1) notes that some have the custom to recite it before Mincha .

The second halacha that stems from these pesukim is davening Musaf on Shabbos and Yom Tov. Since the purpose of Musaf is to replace the additional korbanos brought on these days, they are featured as a major part of the Musaf of Nusach Ashkenaz. However, one fulfills his obligation by simply mentioning our desire to bring korbanos with the rebuilding of the Bais Hamikdash. (Many Sefardim do not in fact read the pesukim.) If one recited the pesukim of the wrong day, there is a dispute whether one fulfills his obligation, but the Mishnah Berurah (488:13) rules that he does.

The third related halacha is the reading of maftir, which, on Rosh Chodesh and Yom Tov, comes from these pesukim. Tosafos notes that although the Mishnah in Megillah (30b) only mentions reading these pesukim on Sukkos, the prevalent custom has always been to read them as maftir on every Yom Tov. He explains that the practice was instituted by Rav Amram Gaon to fulfill the injunction of uneshalmah farim sefaseinu, using the words of our lips as a replacement for korbanos.

The Shulchan Aruch adds that we also recite the  pesukim of the korban musaf on Shabbos, but not for Rosh Chodesh or Yom Tov, since they are read later during the Kerias HaTorah (the Rama adds that Ashkenazim do recite it,  but only to publicize that the day is Rosh Chodesh).