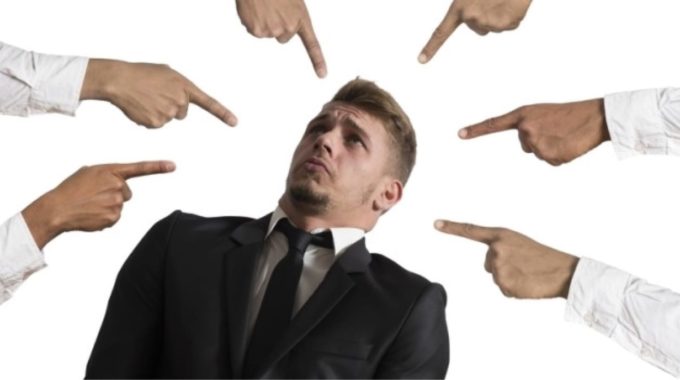 The Mishnah (Shkalim 3:2) derives from here that the person who retrieved the money of the trumas halishkah to purchase the korbanos must not enter the lishkah with shoes, tefillin, or any other item that could be used to hide money. The Mishnah explains that if he later became poor, people might say it was because he stole money, and if he became rich, they might say it was from money he stole. This pasuk teaches that one must ensure that his actions are not only impeccable in the eyes of Hashem, but also that they do not arouse in others any suspicion of wrongdoing.

The Chasam Sofer (6:59) understands this mitzvah to apply to any action that gossipers may claim suggests wrongdoing, even if the action does not involve any real appearance of sin. He writes that this is extremely difficult to fulfill properly, and even a complete tzadik will inevitably violate it and be guilty of causing a chillul Hashem.

According to R’ Moshe Feinstein (Igros Moshe O.C. 4:82), though, the mitzvah de’Oreisa of chashad (avoiding suspicion) applies only to what would look to others like a clear violation, such as eating a ben pekua (the fetus of a slaughtered animal, which doesn’t require its own shechitah) without slaughtering it. The issur deRabanan of maris ayin forbids only specific acts that Chazal feared could be misconstrued as forbidden, like hanging up wet clothes on Shabbos, as people might assume one laundered them on Shabbos.