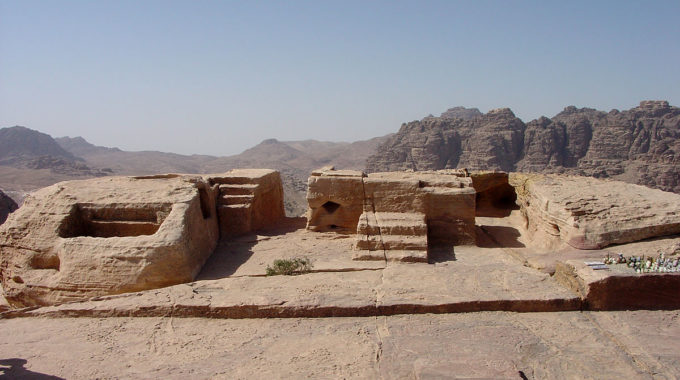 Speak to Aharon, saying: Any man of your offspring throughout their generations in whom there will be a blemish shall not come near to offer the food of his G-d.

The Midrash Tanchuma says that No’ach was injured by the lion on the teivah during the flood, so the korbanos offered after the flood (Bereishis 8:20) were brought by his son Sheim. This implies that a non-Jewish ba’al mum may not offer korbanos. But the Gemara (Sanhedrin 105a) says that Bil’am was lame, yet he brought korbanos (Bemidbar 23:4).

The Rogatchover Gaon answers that “vayeilech shefi” (Bemidbar 23:3) means that Bil’am walked normally, concealing his limp. Since the mum was not noticeable, perhaps it would not be disqualifying.[2]

A second answer is that a non-Jew who is a ba’al mum may offer korbanos on a bamah. The Chazon Ish appears to hold this way, as he writes that things that disqualify korbanos of a Jew, including pigul and tum’ah, do not disqualify korbanos offered by a non-Jew. Although he does not specifically list bringing a korban as a ba’al mum, it seems that this is included. If so, perhaps No’ach was an exception to the rule for other reasons.[3]

[2] The Rogatchover says that although Bil’am also was blind in one eye, that happened later.

[3] It is possible that both Jews and non-Jews bringing korbanos before Matan Torah had to be firstborns, who were appointed to offer korbanos before the Levi’im replaced them following cheit ha’eigel (see Keren Orah to Zevachim 115b, who may hold this way). No’ach was therefore disqualified due to his injury, but later non-Jews may not have had this requirement.