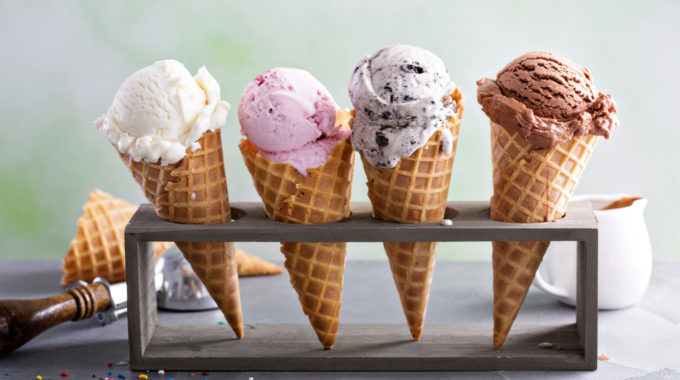 Excerpted and adapted from a shiur by Rav Ari Stauber

And you will eat, become satisfied, and bless Hashem your G-d for the good land that He has given you.

According to one stage of the Gemara, this pasuk serves as the source for reciting a bracha rishonah, based on a kal vachomer.[1] In cases of safeik (where the obligation to recite a bracha rishonah is uncertain), the Chayei Adam, Kitzur Shulchan Aruch, and Mishnah Brurah advise to take a sugar cube and recite shehakol over it to exempt the uncertain food.

The most common contemporary application involves ices and ice cream. According to the Shulchan Aruch (O.C. 177), dessert (kinuach seudah) is not classified as part of the meal, and one recites a separate bracha rishonah on it. However, Acharonim suggest two reasons that one should not recite a bracha on ice cream: First, it is more common to eat dessert today than it was in earlier times, and it has now become part of the meal. Second—cited in the name of R’ Moshe Feinstein—frozen desserts melt in the mouth and thus are swallowed in liquid form as a beverage.[2]

Some people recite shehakol over a piece of candy or chocolate, which certainly require a bracha, thereby exempting the ice cream. One could argue that both the suggestion of the Acharonim to use sugar and the contemporary practice of using chocolate are questionable, due to concerns about the correct bracha on these foods. Some poskim recommend using salt instead, to avoid a safek bracha. But others defend the practice and explain that candy is preferable to salt, from which one generally derives no benefit whatsoever.

[1] The Gemara concludes that simple logic is the true basis for reciting a bracha rishonah.

[2] Some students of R’ Moshe argue that this applies only to ices, which melt into liquid, while others hold that R’ Moshe applies the same principle to ice cream, though it contains other ingredients as well.