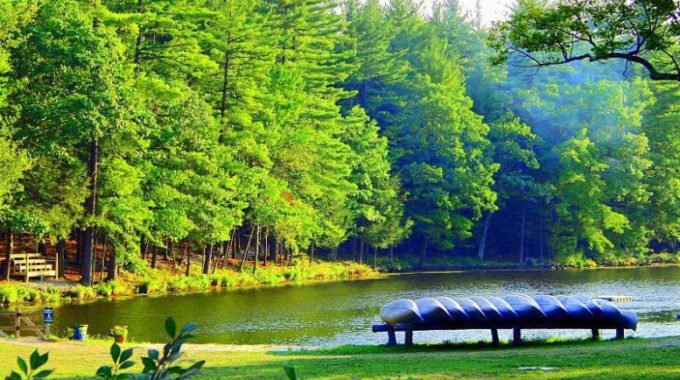 When parents wish to opt out of a camp they enrolled their child in, the first thing to do is try and determine if the slot can be replaced.

When the slot can be replaced.

If the camp is able to replace the slot with another child, the parents have the ability to back out of the camp without any responsibility to pay the camp, even if a kinyan was made. Furthermore, if the (full) camp tuition was prepaid it would have to be refunded.

Even if the parents signed an application form which stated they would be responsible for the full tuition in the event they cancel their slot, this would generally not include such an instance where the camp has the ability to replace the slot, unless the application clearly stated so. Even so, although the camp would have the option of charging the tuition and not replacing the slot, they would not be allowed to keep the tuition and replace the slot.

Even though the parents have the option of backing out, nevertheless, Chazal would allow the camp to have tarumos – justified grievances – against them for causing her the hardship of replacing their slot. However, if the camp is able to find a replacement without difficulty, and the child did not start attending the camp yet, tarumos will not apply.

Even where there would not be tarumos, the parents would still be looked down upon by Chazal and termed mechusar amana – lacking faithfulness – for reneging on their word.

If the parents are backing out due to a change in circumstances that took place after they signed up, they can be lenient with regard to mechusar amana. This change could be an unforeseen complication such as the parents moving to another area, or a new opportunity arising such as a new camp opening up which offers significant advantages over this one. However, if at the time of their commitment, the parents knew of the opportunity but only later decided to avail themselves of it, or if they knew they may be able to find such an opportunity but didn’t bother looking around for it until later on, mechusar amana would still apply.

Even though the parents may not be allowed to back out if a replacement cannot be found, nevertheless, the responsibility to find a replacement falls on the camp, and as long as the camp would be able to fill the slot with reasonable effort, the parents are absolved from reimbursing them. Consequently, if the slot is not filled and a bais din determines that this was due to the camps lack of effort in finding one, the parents will not have any financial responsibility to the camp.

However, it would still be appropriate for the parents to take this task upon themselves in order to preclude the camp from having tarumos – justified grievances on them.

The camp is not required to replace the slot with a child that they would not have agreed to accept with their regular registration. If the slot can only be replaced with such a child, it would be considered as if the slot cannot be replaced at all.

If the camp still had extra slots before this cancellation, then even if they do end up finding another child to enroll after the cancellation, this new enrollee would not be considered as replacing the parent’s slot but rather just filling the original unfilled slot. However if the parents find a replacement themselves, this slot would then be considered as a replacement for their slot and not for the original slot.

If it becomes unfeasible for the child to attend the camp for one reason or another, this is a case of oness and the parents may cancel the enrollment without any halachic consequences. This would even be in a case where the parents have prevented the camp from filling the slot by them signing up. Mechusar amana and tarumos would also not apply. However, according to some achronim, the camp would not be required to refund the parents any prepaid tuition or deposit they had already paid.

Even if application form stated that the parents would remain responsible for the tuition in the event they cancel their slot, they will generally still not be obligated to pay in such cases of oness , unless it the application specifically included as such.

Often, it will be necessary for a Dayan or a beis din to personally hear the specific situation in order to determine if it is indeed one of an oness. On a general note, some examples of what may be considered an oness are: the parents moving out of town for the summer (with regard to a daycamp), the child becoming sick r”l, or if the child simply refuses to go to the camp.

For example, if the parents knew that their child had a social issue which would likely make it unfeasible for him/her to be in this camp, yet decided to try their luck and enroll him without informing the camp of this, and now they realize that it is in fact unfeasible for him be there, this oness would not absolve them from being responsible for the tuition. However, if the camp also knew of this social issue when they enrolled the child, the oness would absolve them.