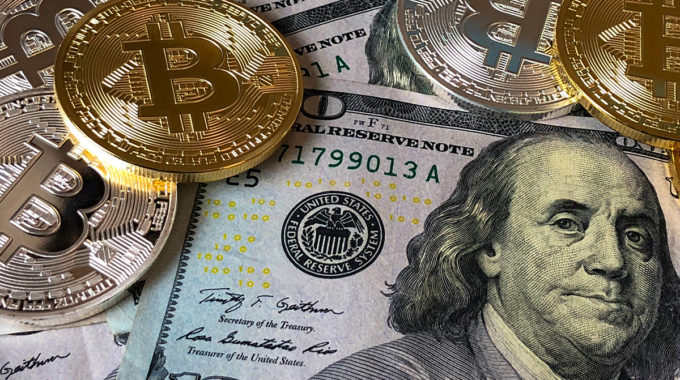 The Department of Justice recently announced:

Two individuals were arrested this morning in Manhattan for an alleged conspiracy to launder cryptocurrency that was stolen during the 2016 hack of Bitfinex, a virtual currency exchange, presently valued at approximately $4.5 billion. Thus far, law enforcement has seized over $3.6 billion in cryptocurrency linked to that hack…

According to court documents, [Ilya] Lichtenstein and [Heather] Morgan allegedly conspired to launder the proceeds of 119,754 bitcoin that were stolen from Bitfinex’s platform after a hacker breached Bitfinex’s systems and initiated more than 2,000 unauthorized transactions. Those unauthorized transactions sent the stolen bitcoin to a digital wallet under Lichtenstein’s control. Over the last five years, approximately 25,000 of those stolen bitcoin were transferred out of Lichtenstein’s wallet via a complicated money laundering process that ended with some of the stolen funds being deposited into financial accounts controlled by Lichtenstein and Morgan. The remainder of the stolen funds, comprising more than 94,000 bitcoin, remained in the wallet used to receive and store the illegal proceeds from the hack. After the execution of court-authorized search warrants of online accounts controlled by Lichtenstein and Morgan, special agents obtained access to files within an online account controlled by Lichtenstein. Those files contained the private keys required to access the digital wallet that directly received the funds stolen from Bitfinex and allowed special agents to lawfully seize and recover more than 94,000 bitcoin that had been stolen from Bitfinex. The recovered bitcoin was valued at over $3.6 billion at the time of seizure…

Conspicuously absent from the announcement is any claim that Lichtenstein and Morgan were involved in the theft itself.

Money laundering is the process of making illegally gained proceeds (i.e., “dirty money”) appear legal (i.e., “clean”). Typically, it involves three steps: placement, layering and integration. First, the illegitimate funds are furtively introduced into the legitimate financial system. Then, the money is moved around to create confusion, sometimes by wiring or transferring through numerous accounts. Finally, it is integrated into the financial system through additional transactions until the “dirty money” appears “clean.” Money laundering can facilitate crimes such as drug trafficking and terrorism and can adversely impact the global economy.[2]

In this article, we consider the Torah perspective on money laundering and the purchase or receipt of illegitimately obtained goods in general.

Sharing with a thief

Mishlei 29:24 states: “He who shares with a thief hates his own soul.” Commenting on this pasuk, the Midrash relates that there was once a ruler who would execute the receivers of stolen goods but not the thieves themselves. In explanation of this seemingly perverse policy, the ruler performed a demonstration. He brought chuldos (weasels or rats) and placed food before them; the animals took the food and brought it to their holes. He subsequently repeated the experiment, but this time he sealed the holes. The animals once again took the food and brought it to the holes, but when they discovered that the holes were filled, they returned the food to its original location. The lesson, the ruler explained, is that the entire problem of theft stems from the receivers.[3]

Echoing this Midrash, the Rambam rules:

It is forbidden to buy a stolen article from a thief. This is a severe sin, for it reinforces a transgressor and motivates him to steal in the future. For if he did not find a person who would purchase a stolen article from him, he would not steal. With reference to this, Mishlei 29:24 says: “He who shares with a thief hates his own soul.”[4]

The Rambam here is discussing purchasing a stolen article from a thief (ganav—one who steals “in stealth, without the owner’s knowledge”[5]). Elsewhere, he codifies a parallel prohibition regarding a robber (gazlan—one who steals “in open view and with public knowledge, by force”):

It is forbidden to purchase an object obtained by robbery from the robber. Similarly, it is forbidden to assist him in changing its nature so that the robber will acquire it. Whoever acts in this manner or the like assists transgressors and violates the prohibition of Vayikra 19:14: “Do not place a stumbling block before the blind.”[6]

Sharing with an intellectual property pirate

It is curious that purchasing from a ganav is characterized by the Rambam as the “severe sin” of reinforcing and motivating a transgressor, whereas purchasing from a gazlan is categorized as a violation of the Biblical prohibition against placing a stumbling block before the blind (lifnei iveir lo sitein michshol). R’ Zalman Nechemia Goldberg has an intricate discussion of this point, the details of which are beyond the scope of this article, in his classic article on intellectual property rights, “Copying a Cassette without the Owner’s Permission.”[7] He concludes that the prohibition against reinforcing and motivating a transgressor extends to the purchase of an illegitimately copied cassette (even in circumstances where the purchaser himself is not committing any form of theft). Receiving such a copy as a gift, however, is permitted, because this does not incentivize further sinful behavior.

R’ Chaim Yosef Dovid Weiss, Satmar dayan in Antwerp, makes a similar distinction between purchasing an illegitimate copy of a computer disc and receiving it for free, but he adds that even in the latter case, it is still prohibited to provide any benefit whatever in exchange for the illegitimate copy, because even mere verbal encouragement constitutes reinforcement.[8]

[3]Vayikra Rabbah 6:2. A similar point, in other halachic contexts, is expressed by the Gemara’s aphorism, “It is not the mouse that steals, but the hole (lav achbera ganav, ella chora ganav).”–Gittin 45a, Kidushin 56b, and Arachin 30a. The Aruch Hashulchan (C.M. 356:1) invokes this aphorism in our context as well.