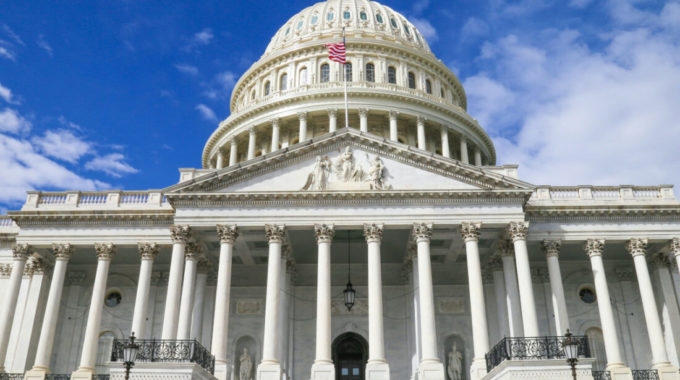 Federal authorities recently seized seventeen items, including “funeral scrolls, prayers for the dead, rules governing how a community member should behave in society, and other records,” from Kestenbaum & Company, a Brooklyn auction house specializing in Judaica, on the grounds that they were illegally confiscated during the Holocaust and thus properly belong to “the descendants of families that lived and flourished in Jewish communities before the Holocaust.”[1] This article considers the halachic validity of such claims.

There is nothing new under the sun; this scenario was already considered more than eight centuries ago by the Rambam. Someone had purchased sefarim that had been plundered from synagogues in another city; may he keep them, or was he required to return them to the original owners? The Rambam rules that if the plunder had been “by decree of the king,” the purchaser may keep them, but if they were stolen without government sanction, he must return them (but he is entitled to recoup the price he paid).[2]

In the same vein, the Radvaz discusses the case of certain governmental banking privileges that Reuven held under the jurisdiction of a certain king. The Jews were expelled from the city in question; the expellers were then expelled from the city via its conquest by the pope; and a certain duke then conquered the city, allowed the Jews to return, and eventually granted the banking privileges in question to Shimon. Reuven demanded the return of his privileges, but the Radvaz ruled in favor of Shimon, based on the principle of dina demalchusa dina (the law of the government is recognized as valid by halacha), since “the law of kings is that when they conquer a country by military force, all the houses and fields and vineyards are [the king’s], and the people as well are his as indentured laborers.” As the Rambam rules:

Similarly, if a king becomes angered with a servant or an attendant who is one of his subjects and confiscates his field or his courtyard, it is not considered to be robbery, and one is permitted to benefit from it. If a person purchases it from the king, it becomes his and the original owners cannot expropriate it from him. For this is the law exercised by all kings: to confiscate all the property of their attendants if they become angered by them.

Thus, it is the king who annulled the ownership over this courtyard or field, making it ownerless. Therefore, the person buying it from the king legally acquires it.[3]

Further, the Radvaz adds, the very lives of the conquered people are forfeit to the crown, and the Talmud declares that “Those executed by the king, their property [belongs] to the king.”[4][5]

There is, however, a crucial limitation on the sovereign power to seize property, as the Rambam himself, in the discussion cited by the Radvaz, proceeds to articulate:

If, however, a king confiscates a courtyard or a field from one of the subjects of his country in a manner that is not in accordance with the laws that he enacted, he is considered to be a thief, and the owners may expropriate the property from the person who purchased it from the king.

The general principle is: Any law that a king decrees to be universally applicable, and not merely applying to one person, is not considered robbery. But whenever he takes from one person alone in a manner that does not conform to a known law, but rather seizes the property from the person arbitrarily, it is considered to be robbery.

Similarly, Tosafos declares that certain governmental actions in their era that violated established precedent were not valid under the principle of dina demalchusa dina, because they were “completely unfair,” and thus not dina demalchusa but mere theft.[6] As the Ramban puts it, Chazal endorsed dina demalchusa (of the government—i.e., laws that are in accordance with established precedent and tradition), but not dina demalka (of the king—i.e., arbitrary dicta of the sovereign ). (Our tradition here anticipates American Revolutionary thought by half a millennium: John Adams famously explained that a republic is “a government of laws, and not of men,” as opposed to an empire, where “the maxim is quod principi placuit legis habet rigorem (what pleases the prince has the force of law).”[7]

Some Rishonim go so far as to limit the principle of dina demalchusa dina to existing, traditional laws, and maintain that a king has no right to institute new laws.[8] Others disagree with this position,[9] and some Acharonim explain that even according to the first view, a king is certainly allowed to enact new legislation in general, and he is only restricted from enactments which are perceived by the upright as unjust,[10] or that exceed the scope of the mandate granted to the original government (from which the current one derives its authority) by the people.[11] (In modern terms, the power of the government is limited by some notion of constitutionality.)

In light of the above, although the traditional halachic concept of fairness does not preclude discrimination against particular groups, including Jews,[12] perhaps governmental actions motivated by an ideology as monstrous as Nazism would be considered illegitimate according to all opinions. Indeed, R’ Yehudah Silman considers it self-evident that dina demalchusa dina does not apply to the nationalization of property by the Nazis.[13]

(A further consideration in our case is yeiush, the giving up of hope by the original owners of ever retrieving their property. A discussion of this issue is beyond the scope of this article.)

[4]Sanhedrin 48b. The Radvaz’s application of this rule is quite puzzling, since (as Rashi explains) the rule would seem to be referring to criminals or traitors, not civilian populations conquered in war! Moreover, Rashi specifies that the rule is referring to those guilty of a capital offense against a Jewish king.

[7]Excerpted from: The Revolutionary Writings of John Adams, Selected and with a Foreword by C. Bradley Thompson, “Novanglus; or, A History of the Dispute with America, from Its Origin, in 1754, to the Present Time” (Indianapolis: Liberty Fund, 2000) (excerpt title added by Dr. Tierney) (italics in original).