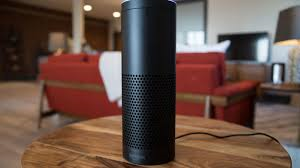 Adapted from a shiur by Rav Mordechai Lebhar

What can’t you say when someone’s always listening?

Amazon’s Echo and similar “smart speakers” are devices that provide information, take orders for goods, or activate any of an array of services in response to voice commands.

They operate by constantly recording ambient sound and listening for a “wake word,” which for the Echo is ”Alexa.” Say the wake word and the device replies, cheerfully offering its assistance.

The question arises: Given that the Echo is recording all the time, may one speak in its presence on Shabbos?

Melacha on Shabbos, explains Maharal, is defined as creative activity. Because Hashem rested from Creation on Shabbos, we similarly desist from exercising our own creative powers.

In Bava Kama 60 and many places in Maseches Shabbos we learn than only meleches machsheves violates Shabbos. This has several implications for what qualifies as melacha, including that a melacha must be done with thought; must be performed creatively, not destructively; and must not be done kil’achar yad, in an unusual manner.

There is a machlokes Tana’im in the case of davar she’aino miskavein, such as one who pulls a bench across the ground because he wants it somewhere else. Although the action may dig a groove in the ground—chofer, a form of the melacha of choresh—that is not the bench-dragger’s intent.

The Halacha follows the view that this is permitted, because it isn’t meleches machsheves: The perpetrator’s intent is to relocate a bench, not to dig a furrow. But this only holds true in a case where the groove would not inevitably result—a psik raisha—from the dragging. If the unintended result is an inevitable consequence of the action, one cannot disassociate the result from the action. If dragging this bench will ineluctably produce a furrow, then the creation of the furrow is virtually intentional and meets the requirements of meleches machsheves.

Tosfos in Kesubos 6a (s.v. hai) cites the view of the Sefer HeAruch that where the unintended but inevitable result is lo nicha lei, something the perpetrator doesn’t specifically desire, the act remains permissible.

In the Echo’s case, it is debatable whether a melacha is being performed by the speaker whose voice is being recorded.

Even according to the Chazon Ish’s view that completing an electrical circuit on Shabbos is forbidden mid’Oraisa, in this case one is only adding an insignificant load to an existing circuit by speaking. Though Shvus Yitzchok cites stringent views, R’ Shlomo Zalman Auerbach (Shulchan Shlomo 308) permits this.

Additionally, one who speaks on Shabbos in his Amazon Echo-equipped home is clearly not intending to record his voice. Though it will happen anyway, it is obviously not nicha lei. (See R’ Nissim Karelitz’s Chut Shani, Vol. 1, Kuntres Hachashmal.)

Similarly, though there is Halachic debate about the permissibility of speaking on Shabbos to a person wearing a hearing aid, all agree that one may speak to a third party even if a hearing-aid wearer is listening in, because this result of one’s action is too disconnected from the actor.

Another example of this principle appears in the Chavos Da’as (Y.D. 91:5), who says that an insubstantial result that doesn’t benefit the actor is excluded by meleches machsheves. R’ Shmuel Wosner (Sheivet Halevi 3:45 and 7:42) permits, on this basis, pouring boiling water into a bowl containing small water droplets. The act is too insignificant to constitute melacha.

Likewise, it would be permitted to walk on the street on Shabbos while video of the activity is being recorded by an orbiting satellite.

It would seem that being picked up by the Echo’s recorder would be comparable to these examples. The result of the speaker’s action, though inevitable, is insignificant, and therefore not prohibited as a psik raisha.