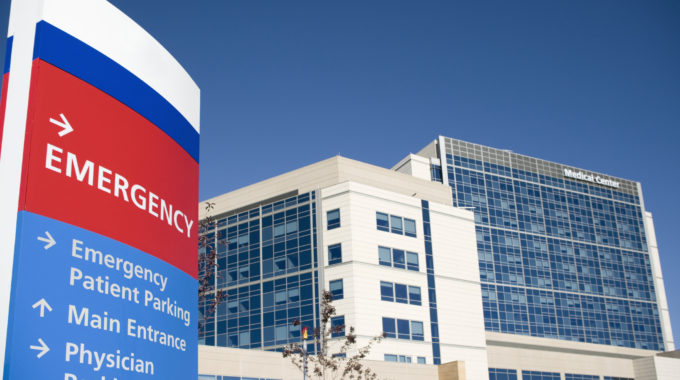 The Halachas of Tumah In Contemporary Times

Parshas Emor deals with numerous laws of ritual purity that apply specifically to a kohen. While many of these laws are not applicable today, the very first halacha mentioned in the Parshah – that a kohen may not become tamei through contact with a corpse – is certainly relevant in contemporary times.

Because of this, kohanim have to be cognizant of certain issues that do not affect the rest of Klal Yisroel. For example, they may have to avoid driving on some roads that pass by cemeteries. A very germane example of a place that may present problems for kohanim is a hospital. A kohen may want to go to a hospital for a simple procedure -such as to get stitches or for a physical – or to visit a friend or relative. However, as many hospitals commonly house dead bodies, he must be aware of the basic laws of tumah which dictate whether he is permitted to enter the premises or not.

It goes without saying that if it is a matter of life and death everything is permitted. Pikuach nefesh overrides the prohibition of becoming tamei and a kohen in need of lifesaving medical care should go to whichever hospital will provide the optimal care. Our discussion only applies to instances where there is no threat to human life.

Tumas Ohel: In The Tent of Tumah

There are three basic ways that a person can become tamei meis: Magah (touching a corpse), Masah (lifting a corpse even without actually touching it), and Ohel (being in the same “tent” or room as a corpse). Ohel is the hardest of the three to avoid and the one that is most common in a hospital.

It bears noting that not only an intact dead body exudes tumas ohel. The Mishnah in Ohalos says that tumas ohel is also transmitted by a kezayis of flesh from a corpse (about one fl. oz.), a quarter kav of bones (about 12 fl. oz.), or a revi’is of blood (about 3 fl. oz.). Additionally, a complete limb that was amputated from either a dead or live body that includes the flesh, bones and sinews transmits tumas ohel.

There are two areas in a hospital where dead bodies or parts of dead bodies are commonly found. It is possible that a patient may expire in the Intensive Care Unit; however, the two most common places to find dead bodies are in the morgue – where corpses are stored – and the pathology unit – where dead fetuses and various parts of bodies are taken to be studied. The bodies in the morgue are usually removed for burial within a short period of time. The bodies and body parts in the pathology unit, especially the fetuses, tend to remain in the unit for a longer duration of time. In New Jersey, the state law is that fetuses must remain in the pathology unit for 14 days in order to give the parents sufficient time to claim them if they so wish. There are hospitals that have reported having a medical waste company come only once a week to dispose of the fetuses and other body parts in the pathology unit. Thus, it is very possible that these can remain in the unit for up to 21 days.

Sof Tumah Latzeis: Which Way Is Out?

The simple way that tumas ohel is contracted is by being in the same room as a corpse. Most Poskim are of the opinion that if there is an open window between the room that the body is in and the room that a kohen is in, he will become tamei d’oraysa as well [1]. There is another way that a kohen may become tamei through tumas ohel, which is known as “sof tumah latzeis”, the way in which the corpse will be taken out of the building. This means that if the corpse will be taken out of the hospital through a specific hallway or doorway, that hallway or doorway now has the status of tumas ohel even before the body is taken out. If the door through which the body is going to be carried out has an overhang above it that spans around the entire building, it is very possible that the tumah will spread to every door in the hospital. However, research has shown that most hospitals in New Jersey do not have such overhangs.

There is a difference of opinion amongst the Poskim as to whether the rule of sof tumah latzeis is d’oraysa [2] or d’rabanan. [3] The major practical ramification of this disagreement is whether a kohen needs to be concerned about a case of safeik tumah, a situation where there is a doubt as to whether a body is there or not. Since the general rule is that one must be stringent regarding safeik d’oraysa but not regarding safeik d’rabanan, whether or not a kohen needs to be concerned about the possibility of an unknown body would depend on this dispute. An additional factor to take into consideration is that some Poskim say that even if sof tumah latzeis is d’oraysa, one need not be concerned about safeik tumah because the hospital is a rishus harabim, public area, and the rule is that we are lenient regarding safeik tumah in a rishus harabbim[4].

There are also several other factors to consider. It must be ascertained how much of a safeik we are dealing with by determining how often a dead body or fetus[5] is found in this hospital and what the likelihood it is that there is one in there now. It is also a matter of dispute whether a non-Jewish body gives off tumas ohel.[6]  This can also be used at times as a factor towards leniency and Rav Moshe Feinstein[7] rules that in a case of “tzorech gadol”, a great need such as accompanying a parent or child to the hospital for emotional support and to help with medical decisions, one can be lenient regarding tumah of a gentile.

Rav Moshe thus rules that if the majority of patients in a hospital are non-Jews, one can assume that most corpses and dead fetuses are those of non-Jews, and he may enter the hospital for a great need. This ruling is somewhat puzzling as Rav Moshe simply says that the determining factor is the majority, and he makes no distinction regarding the size of the hospital. Thus, in a hospital with 1,000 patients and 200 Jewish patients, he would seem to say we can be as lenient as in a hospital with 100 patients and 20 Jewish patients, despite the fact that there seemingly would be a much larger chance that a Jewish corpse is in the larger hospital. Rav Henkin, however, rules that all relevant factors must be weighed and taken into account. We assume this to include, the amount of people who die every day in this particular hospital, the rate of miscarriages, the percentage of Jews in the hospital, the size of the hospital, the layout of the hospital in regards to where the pathology unit is located and the like, where the dead bodies get taken out of the hospital and so on. Only after weighing all these factors can one determine whether it is likely that there is a concern of tumas meis or not.

So Can a Kohen Be a Doctor?

Because of all these concerns, Rav Moshe writes very strongly[8] that a kohen should not work in a hospital where he may be forced to remain even when the body of a Jewish corpse is present. He says that a kohen may only accept such a job if he clearly stipulates that he will be allowed to immediately run out of the hospital if he becomes aware of the presence of a Jewish body.

If a kohen is already working in a hospital, he definitely should consult with his Rov as to how to proceed.

[1] See Shach, Yoreh Deah, 372:2, who says that one only becomes tamei d’oraysa if he is in the same room as a dead body. If there is an open window between him and the room where the body is located he only becomes tamei d’rabanan. However, see Rav Moshe Feinstein in Igros Moshe, Yoreh Deah, Chelek Aleph, 248, and Rav Eliyahu Henkin in Gevuros Eliyahu, Yoreh Deah, 153, who follow the psak of the majority of the Poskim who disagree and say it is d’oraysa. Furthermore, Rav Moshe Feinstein writes that even according to the Shach if the window is open 3 tefachim, the kohen in the adjacent room becomes tamei d’oraysa. [2] Tosfos Yomtov Ohalos 7:3 [3] Shach: ibid. See also Mishanh Berurah 128 and 126, where he seems to say that it is d’rabanan. [4] . Teshuvos Harashba, Chelek Aleph, 83; Teshuvos.Harashbash, 624; Marcheshes 1:2 and  Avi Ezri hilchos smochos 2:15 have a dissenting view. [5] Regarding what types of fetuses give off tumah, the Pischei Teshuvah (Yoreh Deah, 368) says that it must be 40 days after conception. He cites the Nodeh B’Yehuda who adds that it must be developed,However he writes that today we are not knowledgeable enough to differentiate. [6] Shulchan Aruch and Rema, Yoreh Deah 372. Pischei Teshuva ibid. See also Beis Meir. [7] Igros Moshe, Yoreh Deah, Chelek Bais, 166 [8] Yoreh Deah, Chelek Aleph, 248