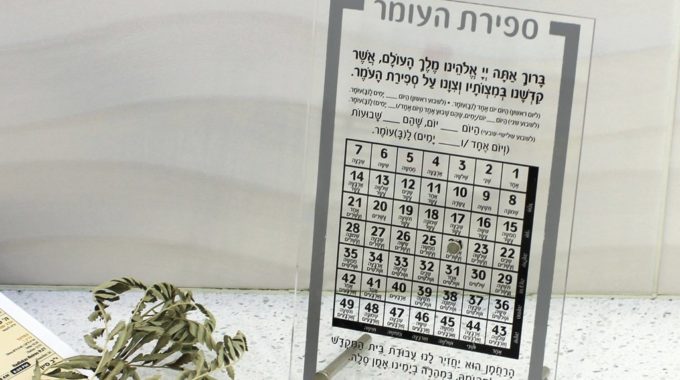 Does making early Yom Tov detract from the days of Sefira?

We all look forward to the sweet, uninterrupted learning that fills Shavuos night. Maggidei Shiur and laymen alike prepare an engaging topic in advance, that will allow them to experience the beauty of in-depth Torah learning on the night of Kabbalas Torah. Practically speaking, however, the night is not as long as we’d like to think. This can be attributed not-so-much to an early sunrise than to the fact that we generally start davening Ma’ariv much later than we do on the usual Yom Tov night, which delays the start of our night of learning until after midnight. In this article we will review the sources of the Minhag to daven Ma’ariv after absolute nightfall on Shavuos night.

The difference between a regular Yom Tov and Shavuos

Generally speaking, the Poskim allow a person to light candles and accept Yom Tov early. As long as the previous day is not Shabbos, there should be no problem of accepting a Yom Tov before nightfall.

With regards to Shavuos, however, there is another element we must consider. The Torah writes that we must count seven weeks from the day following the first Yom Tov of Pesach until Shavuos. The Torah states that this Mitzvah should be “Sheva Shabbosos Temimos Tehiyenah” – a count of seven complete weeks. Thus, the Poskim write that if a person were to accept the Yom Tov of Shavuos early, that would detract from the complete counting of Sefira’s seven weeks[1].

We must understand the logic behind this. Since the counting of the Omertakes place in the evening, then we count the 49th day of the Omer after nightfall on Erev Shavuos, thus completing our fulfillment of this precious Mitzvah on the night before Shavuos. How then would accepting Shavuos early detract from the completeness of the Sefira?

It is clear that just because one accepts Shemini Atzeres upon himself, nevertheless, the Yom Tov Sukkos is not over in any way. This is similar to a person who makes Havdala on Shabbos before the Z’man. Although he fulfills the Mitzvah of Havdala, the Halachos of Shabbos are still intact.

However, the discussion regarding an early Shemini Atzeres takes this concept one step further. Whereas in the case of an early Havdala, the day we are attempting to usher in has no special Halachos, and therefore a discussion of whether the weekday has begun or not is irrelevant, accepting the Yom Tov of Shemini Atzeres early would subject us to the Halachos of Shemini Atzeres. This would create a problem with reciting the Beracha of Leishev BaSukkah.

We must then inquire if accepting the Yom Tov of Shavuos early would affect the completeness of the last day of Sefira, because the Kedusha of Shavuos – which is supposed to follow a complete Sefira – would now begin.

Whereas the practical Mitzvah of counting Sefira is to count each day after nightfall, we must also ensure not absolve that counting. Once one has declared that a specific day of the Omer is counted as that specific day, ushering in the next day would – in essence – contradict that counting. That is why, if one were to accept Shavuos early, he would be declaring that it is no longer Sefira, as it is impossible to have both at the same time. This would detract from the completeness of the count.

We must now determine at which point are we going to declare the beginning of Shavuos in a way that would contradict the continuation of the Sefira. The Acharonim dispute this point. The Magen Avraham[3] writes that one should not recite Kiddush until after absolute nightfall at Tzeis HaKochavim – star-break. Whereas the Taz[4] is of the opinion that one shouldn’t even daven Ma’ariv on the first night of Shavuos until after Tzeis HaKochavim.

The logic of the Magen Avraham would be, that although one may have davened Ma’ariv, which is an acceptance of the Kedusha of Shavuos, nevertheless, the fact that one is waiting to recite Kiddush demonstrates that one is not yet removing his mind from the count of Sefira.

According to this opinion, it is not so much about whether Kiddush or Ma’ariv marks the beginning of the Yom Tov, but rather about the fact that the previous day still lingers on until after Tzeis HaKochavim, as it awaits other forms of marking the beginning of the Chag. Accordingly, if one would light candles or daven Ma’ariv by day, and recite Kiddush after Tzeis HaKochavim – or vice versa – that would not completely disregard the Sefira and would therefore not be an issue.

According to the Taz however, any form of acceptance of the Kedusha of Shavuos already detracts from the previous day.

It should be noted, that the question of accepting Yom Tov early should technically only apply to the first night of Shavuos, because of the Sefiras Ha’Omer is already done. However, the Netziv writes that it is Minhag Yisroel is not to accept Shavuos early, even on the second night of Yom Tov. This can be for an entirely different reason, as the Passuk states regarding Shavuos that we must sanctify it “B’Etzem HaYom HaZe” – on the day itself, which would exclude an early acceptance of the Yom Tov. This reasoning would apply even to the second day of Shavuos.

[2] Maharshal, brought in the Taz

Nighttime   Excerpted and adapted from a shiur by Rav Moshe Zev Granek     November 17,…