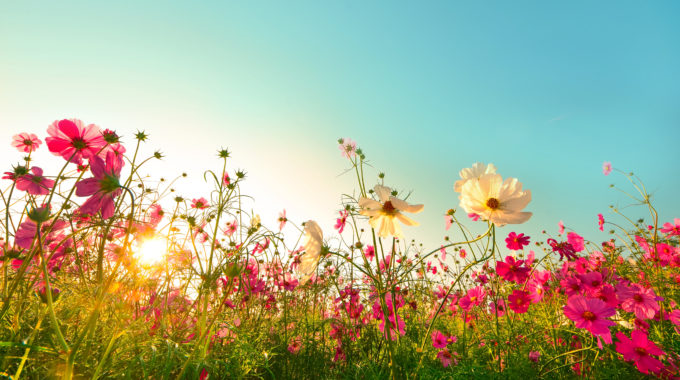 The Rambam in Hilchos Yom Tov[1] writes “One must be happy and content on Yom Tov… the men eat meat and drink wine…” The Bais Yosef[2] asks from the Gemara[3] which implies clearly that the requirement of meat was only in the days of the Bais Hamikdash, when all males were required to bring a Korbon Shelamim. Today however, Simcha [happiness] is solely through wine? Based on this he rejects the opinion of the Rambam and in Shulchan Aruch[4] only mentions drinking wine. Mishna Brura[5] adds that although not obligatory, certainly there is a mitzva to eat meat on Yom Tov even today. There is a question[6] as to whether chicken [fowl] qualifies as meat in regard to Simcha; as such many are careful to specifically have meat each day of Yom Tov.

Various reasons are given for the widespread minhag to eat dairy foods on Shavuos. One of the more notable, offered by the Rema[7], is that it’s in remembrance of the “Shtai Halechem”, the Two Loaves that were offered in the Bais Hamikdash on Shavuos. To do so we partake of both dairy and subsequently meat, thereby necessitating two separate breads, as per the Halacha[8] that the same bread may not be used for both Dairy and Meat[9]. We are thus reminded of the Two Loaves that were offered. This would also be an additional reason for eating meat on Shavuos.

The difficulty arises in reconciling this Minhag with the Zohar [Mishpatim 125] that says one should not partake of cheese and meat “at the same time or in the same meal”. This opinion is brought in the Bais Yosef[10], Rema in Toras Chatas[11] and ruled as being the Halacha by the Shelah among others. A simple solution would be to simply Bentch in between, thus avoiding “the same meal”. However Taz[12] is of a strong opinion that one may not Bentch in order to enable eating, for the point of the bentching is to signal that the meal is complete; doing so in order to continue eating is incongruous.

The Mishna Brura[13] succinctly puts the issue aside and simply rules “one does not need to break [between dairy and meat] with Bentching, (unless one partook of hard cheese[14]), rather he must clean and rinse his mouth well[15]“. Similarly, Pri Megadim[16] while not recommending eating without a break, does agree to ignore the ruling of the Taz, and permits Bentching in order to eat meat. One reason for this ruling may be that the Zohar cannot be more than a “chumra”. As pointed out by the Gra[17] the Gemara in Chullin 105A is clearly in dissonance with the Zohar, and allows for eating meat directly following dairy. In such a case the general rule[18] would be to follow the Bavli, unless it is simply a chumra.

Others however, strongly disagree. Some[19] went so far as to suggest abolishing the minhag to eat dairy altogether. Others take the opposite approach, and do not eat meat at all that day. However the former is certainly not Yotzai the minhag of the Rema, and even the latter may not be yotzai, for the Rema seems to say that the symbolism of the “two breads” is by having the two meals in conjunction[20]. Furthermore, they are thereby forgoing the mitzva of eating meat on Yom Tov.

Darkai Teshuva[21] suggests a compromise which is accepted by many. In the morning after Shachris one should have Kiddush with Dairy Mezonos [i.e. cheesecake[22]], then make a bracha achrona and take a break or nap, followed by a fleishig seuda. He considers the mezonos to be a “bread” to be yotzai the Rema’s requirement of having two breads, yet it is not a meal as to be considered connected to the meat seuda to be yotzai the Zohar and Taz. Another common custom is to have a dairy seuda at night and a regular fleishig seuda by day. Doing so avoids the issue of Simchas Yom Tov, for according to many poskim it does not apply at night. However as to whether or not they are yotzai the Rema is uncertain.

[9] As to what constitutes the same bread, see Igros Moshe Y”D I siman 38

[20] Although there are various reasons for eating dairy which would apply, see Aruch Hashulchan.

[22] If using cheesecake, one should insure it is of a kind that actually requires a mezonos and al hamichya.