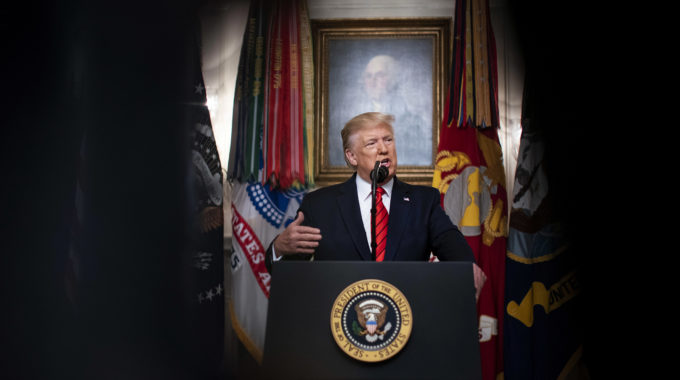 President Trump recently reported on the elimination of arch terrorist, Abu Bakr Baghdadi, the leader of ISIS, and the world responded with a sigh of relief. Although Baghdadi was guilty of murder, torture and assorted depravities, he was targeted in his capacity of leadership-responsible for untold cruelty and murder on a mass level. Here we will explore the underlying question of whether a fomenter and financier of terror can be held halachically liable for the actions of its proxies and agents. In modern Western law, an instigator or plotter can be held civilly and criminally liable under the general categories of aiding and abetting and participating in a conspiracy, as well as the more specific statute against providing material support to terrorists;[1] in halachah, we have two possible theoretical frameworks to consider: agency (shlichus) and indirect causation (garmi).[2]

Generally, the rule that “there is no agent for a sinful matter” forecloses both criminal and civil liability for a principal for the transgressive action of his agent. One who orders his agent to commit murder is therefore not criminally liable (under terrestrial law, although it is taken for granted that he will be held responsible by Heaven),[3] and one who instigates and plans (but does not directly participate in) a burglary is therefore not civilly liable.[4]

Some authorities, however, assert a major exception to this principle in the case of an agent who has an established history (“muchzak be’kach”) of engaging in such activity. The Talmudic rationale for the inapplicability of agency to sinful behavior is: “the words of the Master and the words of the student, to whose words shall we listen?”,[5] which these authorities apparently understand to mean that the principal can claim that he did not really believe that the agent would obey him.[6] This does not apply in the case of an agent with a demonstrated disregard for the “words of the Master”.[7]

Others, however, strongly disagree, maintaining that the inapplicability of agency to sinful conduct is simply a Divine decree, and therefore absolute and independent of any expectations of the principal.[8]

It follows that one who incites a novice terrorist to perpetrate an act of terrorism would definitely not be liable under the theory of agency, whereas the liability of one who conspires with a veteran, professional terrorist would depend on the aforementioned dispute.

There is generally no criminal or civil liability for a crime or tort perpetrated indirectly (grama). A major exception is civil liability for the subcategory of indirect causation the Talmud terms garmi, but there is much dispute over the definition and parameters of this class. Some posit conceptual criteria, that what distinguishes garmi is that the damage caused is “certain”, “immediate” and “perpetrated by [the tortfeasor] himself”,[9] while others explain the distinction pragmatically, that the liability for garmi is simply a rabbinic penalty imposed in situations that were particularly “common” and “frequent”.[10] The Terumas Ha’Deshen therefore rules that in the case of a conspiracy to commit theft, a non-participating conspirator is not liable under the rubric of garmi as none of the above criteria are satisfied: the injury (in the case of a Jewish actor) is uncertain, as the would-be criminal, even if he has an established criminal history, may nevertheless repent and refrain from perpetrating the crime; it does not immediately follow the conspiracy, but occurs later; and it is not a common occurrence.[11] All of these considerations seem to apply equally to terrorist conspiracies, except for the first, with respect to non-Jewish terrorists.

[2]     Our discussion will be limited to the basic, native halachic rules that govern such situations, and we do not enter into consideration of dina de’malchusa dina, minhag and other mechanisms by which halachah may incorporate secular law or custom, or possible distinctions between nation states and private actors.

[7]     Shut. Tashbatz 1:156; Rema 388:15. The context is mesirah, a particularly egregious infraction, and the Tashbatz’s argument includes the assertion that such transgressors are “inferior to idolaters”. The Shach ibid. s.k. 67 does indeed seem to understand that the idea that an established moser is not fully Jewish is an essential aspect of the Tashbatz’s position (although it should be noted that this is within the context of the Shach’s general disapproval of the Tashbatz’s position, and consequent attempts to limit its scope), but others seem to understand that the main argument of the Tashbatz is the one given in the main text, that the principal may not believe that the agent would obey him, and it would seem, then, that the Tashbatz’s basic holding is not limited to this particular sin, but applies in any context of an agent who is muchzak to violate the relevant transgression. Cf. Imrei Binah, Kuntres Ha’Kinyanim at the end of siman 19; Miluei Choshen (Dzimitrovsky) to Ketzos Ha’Choshen cited below.

[11]   Terumas Ha’deshen 1:315. Note that the Darkei Moshe at the end of siman 348 (reflected in the Rema cited in n. 5) seems to understand that the principle of ein shliach ledevar aveirah forecloses any liability even under the theory of garmi, but this is difficult to understand, as pointed out by the Shach ibid. s.k. 5. Cf. Machane Efraim, hilchos nizkei mamon siman 7.