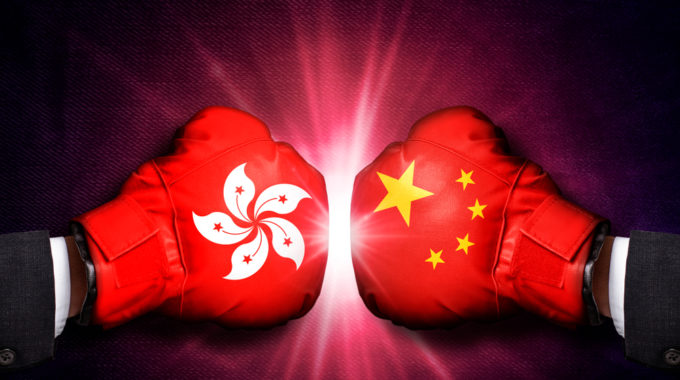 With the recent demonstrations in Hong Kong protesting the Chinese government, this week’s article will focus on the right (or duty) of revolution, and explore some of the halachic perspectives on democracy.

The Right (Or Duty) Of Revolution

A strikingly undemocratic stance appears in Abravanel’s commentary to the Biblical discussion of monarchy. He raises the question of the propriety of a nation rebelling against and overthrowing a king who is “evil and scoundrelly”. He records that “the sages of the nations” have analyzed this question, and determined that it is indeed appropriate, “but I spoke on this topic before kings and their sages, and I demonstrated that it is not appropriate, and that the nation has no right to rebel against the king and remove his dominion and kingship even should he commit all manner of villainy”. He bases this upon three arguments, the first two applicable to any king, and the third specifically to Jewish ones:

The Abravanel notes that “we have not seen anything on this in the words of our nation’s sages”, and I do not know to what extent this reactionary perspective is accepted and shared by other Jewish thinkers. Although he asserts that he has “demonstrated” that revolution is illegitimate, his arguments, particularly the first two, hardly seem compelling.

Consent Of the Governed As the Basis Of Governmental Legitimacy

The Lockian-Jeffersonian idea that governmental legitimacy derives from the consent of the governed finds expression in the Rashbam’s famous explanation of the Talmudic principle of dina de’malchusa dina (“the law of the government is [halchically recognized as] the law”):

For all the subjects of the government willingly accept upon themselves the decrees of the king and his laws and it is therefore the absolute din.

According to the Rashbam, it seems obvious that if Chazal asserted the principle of dina de’malchusa dina in the context of the autocratic governments of the ancient world, a fortiori does it apply to modern democracies. Indeed, the consensus of the modern poskim does so extend the principle, arguing that even according to the alternative rationales for the principle, a democratic government is no worse than a monarchy, with some going even further and arguing that some of the limitations of the principle established by the poskim do not apply to the legislation of democratic governments. Moreover, some poskim argue that democratic, consensual government can derive its legitimacy from additional halachic frameworks such as partnership (shutfus) or municipal government (sheva tuvei ha’ir – see below), although these ideas are controversial.

Another context in which halacha endorses the democratic idea is that of local government. The Maharam of Rottenberg, responding to a community riven with strife that could not reach consensus on the appointment of leaders (“roshim”), laid down the following procedure:

All the householders who pay taxes shall be assembled, and they shall accept upon themselves under penalty of anathema (“beracha”) that everyone shall express his opinion for the sake of Heaven and for the good of the city, and they shall follow the majority, whether to select leaders, to establish chazanim, to institute a charity fund, to appoint gabai’m, to build or to demolish the synagogue, to add and detract, to purchase a wedding hall and to build and demolish therein, to buy a bakery and to build and demolish therein.

The bottom line is, any communal need shall be addressed at their direction, according to whatever they say, and if the minority shall refuse and stand in opposition, … the majority, or whomever the majority shall appoint as leaders, have the power to compel and force them via either Jewish law or the law of the nations, until they say “we desire [to comply]” …

One Dollar, One Vote?

The Maharam apparently takes for granted that suffrage is limited to taxpayers; his student, the Rosh, propounds a similar view, at least in the context of financial matters:

A community that institutes an anathema (“cherem”), if it is in the context of financial affairs, we follow the majority of wealth … and it cannot be that the majority of individuals who pay the minority of the taxes shall decree an anathema on the wealthy according to their views.

The acharonim debate whether the Rosh means that the wealthy minority can actually impose its will on the impecunious majority, or merely that we view the two groups as equally balanced, and they must therefore reach some consensus, or that those who do not pay the relevant tax do not vote, but all those who do pay tax are counted equally, regardless of the differences in their assessments.

The Chavatzeles Ha’Sharon insists that socialism and communism are fundamentally anti-Torah:

It is known to us that the primary support for this [post Great War rent control] legislation comes from certain free [thinking] elected [representatives], who have among them the opinions and doctrines of the communists and socialists, to squeeze the wealthy and to take their money, and all these doctrines are against da’as Torah.

Similarly, R. Yehudah Silman concludes that at least the extreme case of the blanket nationalization of property is illegitimate: it is considered theft, and not covered by the principle of dina de’malchusa dina.