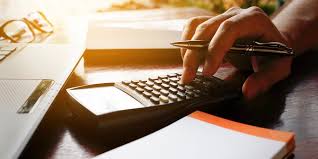 The Value of Credibility

One of the aspects of the study of Choshen Mishpat that makes it so extraordinary, is the way in which it combines razor-sharp logic and strict legalism, with the swirling emotion and drama that money seems to always engender. The Torah looks into a person’s heart, understands the assumptions, the emotions, the motives that it finds there, combines that with Truth and Justice, and produces Laws. Anyone who studies those Laws senses that they are uncannily in touch with the human condition, and yet, never without an inner-core of Truth, Spirit, and Logic.

An example of this dynamic can be seen in in Parshas Vayigash. Back in Parshas Mikeitz, Yehudah had made a promise to his father Yaakov that Binyamin would return home safely. “I will personally guarantee him; of my own hand you can demand him. If I do not bring him back to you, and stand him before you, then I will have sinned to you for all time…,” said Yehudah (Breishis 43:9). Now, in Parshas Vayigash, it was time for Yehudah to accept the consequences of that promise. After finding his goblet in Binyamin’s sack, the all-powerful viceroy of Egypt (who, unbeknownst to Yehudah, was his brother Yosef) had declared that slavery would be Binyamin’s punishment. Yehudah steps up and offers himself as Binyamin’s replacement. After describing the special relationship that Yaakov has with his son Binyamin, Yehudah pleads with the viceroy, “Now, therefore, please let your servant remain instead of the youth (Binyamin) as a servant to my lord, and let the youth go up with his brothers. For how can I go up to my father if the youth is not with me, lest I see the evil that will befall my father?” (Breishis 44:34-35)

The scene is one of tremendous pathos; a son, knowing that his father has a special relationship with another brother, a relationship that his father could not live without, sacrifices himself out of love for his father and takes the place of that brother as a slave, never to see his father again. One might think that there is no place for legalities or Talmudic reasoning here. However, Chaza”l see in this episode an opportunity to learn a very important principle of Jewish monetary law.

In Bava Basra 173b, the Gemara explains that Yehudah’s promise to his father Yaakov to bring back Binyamin was not without legal ramifications. In fact, Yehudah’s promise was that of a legal guarantor for Binyamin. In Choshen Mishpat, this type of obligation is called arvus. Rav Shamshon Rafael Hirsch, zt”l, explains that the word arvus is derived from the root meaning ‘to mix.’ Arvus describes a situation in which a person ‘mixes’ together a borrower with a lender by accepting responsibility for the borrower’s financial obligation to the lender. In Yehudah’s case, who was the other party whose legal obligation he was accepting when he guaranteed Binyamin’s safe return?

Because of the famine that was going on at the time, all the brothers were in desperate need of food. However, in order to obtain grain from the storehouses of Egypt, the brothers needed Binyamin. The Egyptian viceroy had made that clear. In essence, all the brothers needed to “borrow” Binyamin from Yaakov, and return him safely. However, Yaakov was not willing to “lend” Binyamin to his sons. Possibly, he did not trust that they would do all that they could to ensure his safety. After all, given what happened to their brother Yosef, they did not have the best track record. Only when Yehudah accepted upon himself to be a guarantor, an araiv, for the brother’s collective obligation, did Yaakov agree to the deal.

From the Gemara’s discussion of this topic, Chazal’s profound understanding of the human psyche and how that understanding forms the basis for the Laws of Choshen Mishpat become apparent. The Gemara explains that without an accompanying kinyan (a legally proscribed method to show intent of obligation), a simple verbal promise to accept someone else’s existing financial obligation is not legally binding. The deal is too one-sided on the part of the guarantor; the show of intent to accept the obligation, too flimsy. The guarantor is not legally bound to keep his word since he does not feel that he has received anything in exchange for it.

However, when a lender agrees to initiate a new loan to a borrower because a third party agrees to guarantee repayment of the loan, to accept arvus, then no kinyan is required, and a simple verbal agreement on the part of the araiv is enough to be legally binding. If the borrower defaults, the araiv must repay the loan. Therefore, since Yehudah’s promise convinced Yaakov to make the loan of Binyamin to the brothers, no act of kinyan was required and Yehudah’s word alone was enough to legally obligate him.

What is different about accepting arvus on a new loan, and why does it not need to be accompanied by a kinyan?  Chazal explain that in this situation the guarantor does, in fact, receive something from the lender in return for his willingness to guarantee repayment. He receives the pleasure of being accepted by the lender as a person of credibility. The lender would not have made the loan and put his money at risk had it not been that he believed in the guarantor’s trustworthiness. Knowing that someone believes in you, trusts you, and is willing to take a risk because he is relying on your word is the cause for a deep psychological pleasure. It’s the pleasure of credibility, and it’s worth is more than you can imagine.

What makes a person feel good about himself? Psychologists have learned that one of the ways that parents can build the self-esteem of their child is to create controlled situations which provide an opportunity for the child to show that he is capable of being trusted. When it is appropriate, ask the child to do an errand for you, or accept his promise that he will be back at a certain time. With every successful task accomplished, with every promise kept, the child will develop an inner-knowledge of his trustworthiness, capabilities, and worthiness of respect. That inner-knowledge of credibility is the basis of a healthy self-image.

Arvus teaches us an important lesson. It teaches us the inherent value and immeasurable pleasure that is found in having credibility. Sadly, the maintaining of one’s credibility is sorely undervalued in our society. We live in an age of deceptive advertising and Ponzi schemes, of discredited public figures and dishonourable leaders, of promises unfulfilled and expectations unmet. It’s becoming almost the norm. Credibility is under attack and the enticements to lose our credibility are great. And so, it is imperative that we internalize the lesson that the Torah teaches us about arvus. We must understand that our credibility is worth more to our inner-self, to our true happiness, than any material gain that might come through doing something that causes us to lose that credibility. It might not be an easy lesson to learn, but well worth the effort.