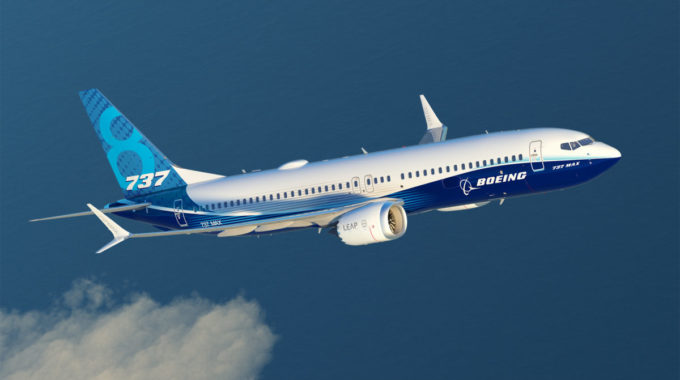 Is Boeing liable for the doomed 737 Max?

The world’s largest aircraft manufacturer was in crisis.

The 737, Boeing’s workhorse aircraft, had been selling briskly since 1967. The company was working on a fourth-generation model, the 737 Max, which would increase fuel efficiency and range while reducing noise.

Meanwhile, across the Atlantic, Airbus was deep into the development of its own next-generation narrow-body aircraft, the A320neo, an impressive offering that would compete directly with the 737 Max and was rapidly amassing orders. And Airbus was nearly a year ahead.

Boeing executives were stunned to learn in 2011 that American Airlines, a Boeing loyalist that hadn’t bought a new plane from Airbus since the 1980s, was planning to order hundreds of A320neos.

Airlines resist new plane designs that require expensive pilot training, preferring derivative concepts that keep familiar systems in place. And the FAA streamlines approval of such planes. But the Max’s new engines tended to cause the plane’s nose to rise under certain conditions, which necessitated the creation of a software program called MCAS to automatically fight this tilt— which could cause a stall—by pushing the nose down.

Feeling pressured to stop the AA defection and stanch the sales hemorrhage, Boeing sped up the release of the Max by six months. And company executives downplayed, to airlines and the FAA, the need for pilot training on the workings of the MCAS system and how to deal with a malfunction. Boeing even induced Southwest, an airline that flies 700 737s and nothing else, to buy the Max by making the unprecedented promise of a million dollars per plane if any new pilot training in a flight simulator would be required.

Lion Air Flight 610 crashed last October with no survivors, as did Ethiopian Airlines Flight 302 in March. Both flew the 737 Max. A malfunctioning of the MCAS system, coupled with the pilots’ lack of knowledge about how to override the system, is suspected in both cases. The U.S. government has taken the step, very rare in an airliner crash, of opening a criminal probe of the manufacturer.

(The above account is distilled from media reports based on insider interviews.)

These tragedies give rise to Halachic questions of liability.

Halacha distinguishes between damage inflicted directly and indirectly. While being a mazik is forbidden (Bava Basra 22b), and that prohibition extends even to grama (indirect causation), Bais Din only has authority to exact payment if the hezek was direct. But the perpetrator of grama damage is chayav b’dinei shamayim (Bava Kama 60a); i.e., he must pay his victim, and will be held to account by Heaven should he fail to do so. But this Heavenly liability only obtains where the grama damage was intentional, and no one is accusing Boeing of that. However, the Rambam (Hil. Chovel Umazik 6:3) rules that a person is liable for damage to goods outside the victim’s property only if the damage was intentional, and R’ Isser Zalman Meltzer (Even Ha’azel, ibid.) proves that there, gross negligence is equivalent to intent. It’s possible that the same can be said of grama, and gross negligence would suffice to establish an obligation in the eyes of Heaven.

However, the Halacha follows R’ Meir (Bava Kama 100a) that one is liable for something called garmi, and according to most Rishonim, garmi is different from grama. How the line between the two is drawn is the subject of significant debate among the Rishonim and lies beyond the scope of this article.

With two crashes among many thousands of flights in the brief operational history of the 737 Max, the likelihood of a crash on each flight is small, but Boeing created real risk at the outset, so this might qualify as garmi.

Because the plane was sold with the understanding that less training was needed than was the case, the airliners and aircraft lessors that bought it might be able to claim this was a mekach ta’us—a mistaken purchase—and should be invalidated.

Additionally, because Boeing misled the airlines into thinking the plane was safe to fly, it indirectly caused the crashes. This is at least grama, but it could be garmi. (See Bava Kama 99b.)

The airlines that experienced crashes have suffered harmful reputational damage. In this there is no question of garmi; this a a grama.

There is a case in the Gemara (Chulin 16a; see also Sanhedrin 77a) of a person who releases a stream of water that causes a man to drown. Unless the victim is killed by the initial burst of water, says the Gemara, this is considered an indirect act and the perpetrator is not liable for murder. It is unclear, however, whether killing by garmi could be deemed murder.

Boeing has no business relationship with airline passengers, who are Boeing’s customer’s customers (or, in the case of a leased plane, its customer’s customer’s customers). But an airline is a shomer sachar, a paid custodian, of its passengers’ checked bags, and the airlines can argue that Boeing misled them into thinking that the bags would be well protected on its planes. Again, this is at least grama, but it could be garmi.

May Hashem  bring us to all our destinations l’chaim ul’simcha ul’shalom.