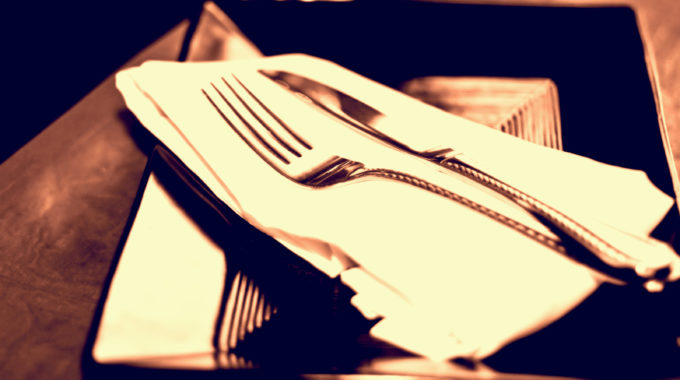 Last May, Gonzales invited a woman he met online to dinner at a California restaurant. He ordered lavishly for himself and his date. When they finished eating, he said he needed to retrieve something from the car. He left and didn’t return. The stunned and shamed woman paid the entire check.

This scene was reenacted repeatedly over the next two years in restaurants across Los Angeles County. Some of the stranded women paid the check in full to avoid a scene. Others paid only for their own food. Some threw themselves on the mercy of the restaurant, which was sometimes granted. In one case, the restaurant demanded the woman pay for a portion of what
Gonzales had eaten, too.

Many of the jilted women filed complaints with police, especially after learning from news reports that they weren’t the offender’s sole victim.
Gonzales was arrested last summer and charged with extortion and grand theft.

How would Halacha treat this case? Let’s examine the issues.

Must a man pay for his date’s food?

The Rama (C.M. 246:17) discusses the case of a man who invites someone to eat with him and, after the meal, demands payment. He writes that unless the circumstances indicated that the meal was a gift, the invitee must pay.

Because there is a tacit societal understanding that when a man asks a woman to dinner he will pay for her food, it is deemed a gift. She needn’t reimburse him even if he demands payment.

Must the woman pay the restaurant for the food she ate?

Although she had a tacit agreement with her date, the restaurant isn’t party to that contract. The owner can argue that he served food to her and she must pay for it. That a third party failed to honor his agreement with her is not their concern.

There is additional basis for the restaurant to claim payment: shekain neheneh. One who derives benefit from another must pay for its value (Bava Kama 20a).

An example of this, according to the Ketzos (246:1,2), is the Gemara (Bava Metzia 101a) that says if a man, unbidden, makes material improvements to another’s property, he may claim their value from the property owner.

There is a case of neheneh that concerns eating: that of yesomim shehiniach lahem avihem para she’ula (Shulchan Aruch C.M. 341:4). In that case, a man borrowed his friend’s cow and then died. His children, not knowing the cow was borrowed, innocently slaughtered and ate it. Later, the cow’s owner came calling.

Adam hamazik, a person who damages property, is exempt in cases of oness gamur, an accident completely beyond his control. (See Tosafos, Bava Kama 27b; also see Ramban, Bava Metzia 82b, for an alternative approach.) This case certainly qualifies, because the children had every reason to believe the cow was theirs. But they did enjoy another man’s beef—shekain neheneh—and must pay for that benefit. However, they can legitimately claim that their benefit was less than the animal’s value, because they would have purchased cheaper meat. They must pay d’mai basar b’zol, the value of cheaper meat, at a one-third discount.

In our case, the woman must pay the establishment for the hana’a it gave her, though she is entitled to seek reimbursement from her date. But is her benefit valued at the full restaurant menu price?

An instructive case about determining the value of hana’a appears in Shulchan Aruch (C.M. 363:10): Reuven fraudulently rented Shimon’s vacant house to Levi, pretending it was his. The market rent was $1000/month, but Reuven only asked $800. Shimon shows up and is shocked to find Levi living in his house. He demands $1000 for the month as payment for the hana’a Levi received. Levi responds that the benefit was only worth $800 to him, because he never would have rented a place for $1,000. The Shulchan Aruch rules that he must pay the full $1000.

The Ketzos (ibid. 7) challenges this from the case of the cow, where the “I would have paid less” claim is accepted.

Perhaps we can resolve the contradiction. Levi chose this home because it was a bargain, $1000 worth of house for only $800. He could have gone with an $800 place, but he didn’t. This shows that he did indeed appreciate and desire the advantages the pricier home offered, so the benefit he derived was the full $1000 worth. In the case of the cow, however, there is no indication that the children selected this particular cow for its high quality meat; they simply ate what they believed to be their own cow.

Is the date case comparable to the house or the cow? Can the woman argue that she just wanted a prepared meal and didn’t care about the quality of the restaurant, so her hana’a was minimal? It would seem that if a man takes a date to an upmarket restaurant, it isn’t out of sympathy for a hungry woman. Rather, it is because he thinks that she will appreciate the restaurant experience and assess him more highly as a result. In this case, then, there would appear to be value for the woman in the additional quality.

Paul Gonzales was sentenced to 120 days in the L.A. County lockup. During this time, taxpayers will provide him 360 meals at no charge.