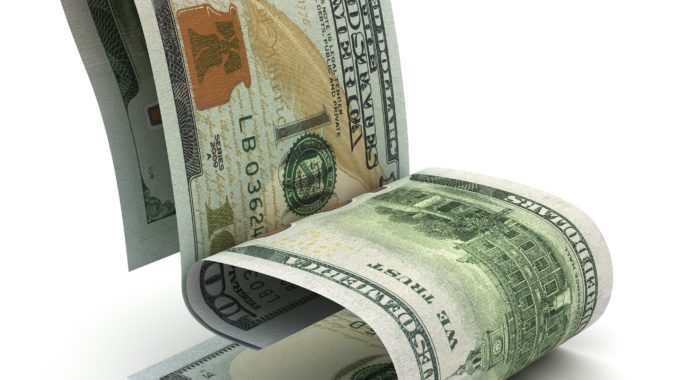 The case of the overstuffed chair

Several bochurim sat recently in a Mir Yeshiva dorm room. One was on an old upholstered chair that another boy had rescued from the trash a couple of years earlier. The chair felt uncomfortable, so he rose, flipped it over, and began to fiddle with it, inadvertently breaking open the upholstery. Hundreds of bills in United States currency cascaded to the floor.

One bochur quickly gathered the fallen funds. The chair inspector managed to pick up a lone hundred-dollar bill. The day’s take came to $30,000.

Word of the find spread quickly through the Mir’s many batei medrash, and a spirited Torah debate soon engulfed the yeshiva: To whom does the money belong?

A number of candidates quickly emerged:

The bochur who retrieved the discarded chair years earlier clearly owns the chair. But when he performed hagbaha by lifting the ownerless furniture with intent to acquire it, did he also acquire the hidden hoard that lay within?

The Pis’chei Teshuva discusses the sale of a tin candlestick in which the tin was later discovered to comprise only a thin veneer over a base of solid gold. Because a kinyan requires da’as, he writes, it does not incorporate anything that wasn’t known to be present.

But even if his hagbaha on the chair didn’t acquire the cash for the chairman, another argument can be made in his favor. With kinyan chatzer (see Bava Metzia 10b), one’s property acquires anything inside it that is subject to acquisition, even without his knowledge. For example, if a lost object of a sort that the finder may keep lands in a man’s courtyard, it is his, even if he isn’t present and doesn’t know it’s there. As one’s kailim have the same ability to acquire on his behalf as his real property, would not the chair acquire the money on behalf of its owner?

There is a shita that something hidden in a way that it isn’t likely to be found is not subject to kinyan chatzer. And even if it was likely to be found (the owner argued that he had already begun to tinker with the chair, because it had become uncomfortable, so he was bound to find the money soon), it is questionable whether kinyan chatzer works on something not normally contained there—say, money in a seat cushion.

Those present at the find

MideRabanan, the four amos of a person can acquire on his behalf like a chatzer. All agree that this rule applies in a simta (alley) and in tzidei reshus harabim (the sidewalk of a public domain). A dorm room is effectively a chatzer shel shutfin (a courtyard owned in partnership), which is generally treated like a simta with regard to kinyanim.

If no one else was within the dalet amos of the money, the one who freed it would acquire it by proximity. In this event, it seems, multiple people were within range, and it was unclear who had been there first. (The dalet amos belong, for kinyan purposes, to the first to arrive.) There is a view that an entire room is considered as one dalet amos. Perhaps we can apply this approach to kinyanim, in which case the first person to have entered the room would own the money.

There is a Halachic debate whether a renter has kinyan chatzer. The normative view is that he does, as does a borrower. However, this is the case only when the rental or borrowing is for a fixed term, in which case the user has a kinyan in the property. But when the rental or borrowing is for a term of unspecified duration, and the owner can terminate the arrangement at will, it is said in the name of the Brisker Rav that no kinyan has been made; the property is just being used with the owner’s permission. While I don’t know the policy of the Mir Yeshiva, it is common for yeshivos to reserve the right to change dormitory room assignments at any time, so the Brisker Rav’s contention would pertain.

(Note that the Gemara says that kinyan dalet amos doesn’t apply in a reshus hayachid, so if the room is considered to belong to the yeshiva, this might negate the earlier argument in favor of the people present at the find.)

Heir to the chair

Who would discard a chair with $30,000 inside? Someone who didn’t know it was there. Most likely, the person who stashed it there died or later suffered from dementia. Though we normally follow Rabbi Yitzchak’s rule that one who loses money is aware of it and despairs of retrieving it (yiush), making it ownerless, that wouldn’t apply under these circumstances. However, the Rambam says that if an item is lost in a way that it is unlikely to be found, it becomes ownerless.

The case just came before a Bais Din in Yerushalayim. The great principle of monetary Halacha is hamotzi meichaveiro, alav haraya. If A lays claim to something in B’s possession, A bears the burden of proof. As we have established, no party has a solid Halachic claim to the money, so the court left it in the hands of its holder.

Possession, as the adage has it, is nine tenths of the law.

Uncharitable Giving: What may be paid with ma’aser money?

Adapted from the writings of Dayan Yitzhak Grossman February 25, 2021   The Mishnah Berurah…

Click below to print the PDF. Parshas Terumah Print Version