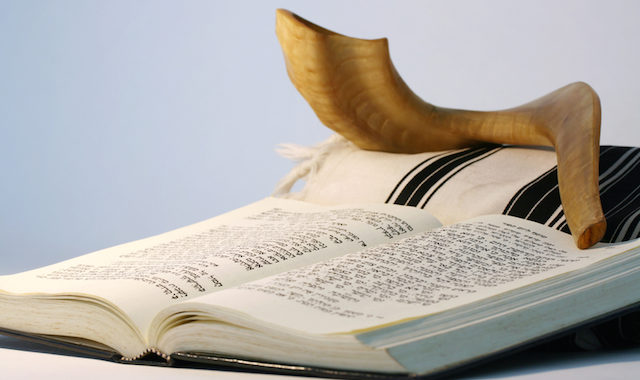 A BASIC UNDERSTANDING OF THE TEKIOS

One of the most important mitzvos of Rosh Hashanah is the Biblical command to blow the shofar. Although the significance of this mitzvah has been expounded at length – Rav Sa’adiah Gaon enumerates ten different reasons for blowing shofar – still many people are unfamiliar with the basic procedures involved: how many blasts are sounded, how long or short must they be, etc. While the tokea (the one who blows the shofar) and the makri (the individual who instructs the tokea which blast to sound) must be thoroughly versed in these intricate laws – since it is they who determine if a particular blast was invalid and must be repeated -still it is important for the entire congregation to have some degree of familiarity with the general laws governing this mitzvah.

The tekiah sound was always well defined and agreed upon by all authorities – a long, straight (without a break or pause) blast. The teruah sound, however, was not well understood and the Rabbis were unsure of how, exactly, it was supposed to sound. The Talmud describes three possibilities:

Three short, straight blasts – what we commonly refer to as shevarim;

Nine very short, staccato blasts – what we commonly refer to as teruah;

A combination of both of the above sounds – a shevarim- teruah compound.

To satisfy all of the above opinions, the Rabbis established that the three sets of tekios be blown in three different ways, alternating the teruah sound in each set. Thus we blow tekiah shevarim-teruah tekiah (TaSHRaT) three times; tekiah shevarimtekiah (TaSHaT) three times; and tekiah teruah tekiah (TaRaT) three times. Altogether that adds up to thirty different blasts: eighteen tekios, three shevarim-teruahs, three shevarim and three teruahs. This is the minimum number of blasts that every adult male is required to hear on Rosh Hashanah. These are called tekios d’myushav, since the congregation is permitted to sit while they are being blown. In practice, however, it is almost universally accepted to stand during these tekios.

[A person who is in dire circumstances (a patient in the hospital, for example) and is unable to hear (or blow) thirty blasts, should try to hear (or blow) ten sounds: one TaSHRaT, one TaSHaT and one TaRaT. No blessing, however, is recited over these blasts.]

In addition to these Biblically required blasts, we blow seventy more. Thirty more are blown during Musaf, ten each after the Malchiyos, Zichronos and Shofaros divisions of Shemoneh Esrei. Every adult male is Rabbinically obligated to blow or hear these blasts in their designated places during the Musaf service. They are called tekios d’meumad, since one is required to stand while they are being blown.

Finally, it is customary to blow forty more blasts for a sum total of one hundred blasts. While this custom is based on several early sources and has been almost universally adopted, there are various practices regarding when, exactly, they are blown. Generally, these blasts are blown towards the end of as well as after the Musaf service, and one should refrain from speaking until after all one hundred blasts have been blown.

HOW LONG SHOULD EACH BLAST BE?

The length of a tekiah, both before and after the shevarim or teruah, must be at least as long as the shevarim or teruah which it accompanies.(12) Thus, since it takes about two to three seconds to blow a shevarim or a teruah, the tekiah before and after must be at least two to three seconds long. Since it takes longer than that to blow the combination shevarim-teruah sound, the tekiah which precedes and follows these sounds must be longer as well. Most congregations allot about four or five seconds for each of these tekios. The makri is responsible to keep time.

[It is important to remember that each tekiah must be heard in its entirety no matter how long it takes. If, for example, a tekiah is blown for seven seconds, which is much longer than required, the entire seven seconds’ worth must be heard by the congregation. Care must be taken not to begin reciting the Yehi ratzon until after the blast is concluded.]

A teruah is at least nine short blasts (beeps), although in practice, many more beeps are sounded when the teruah is blown. No breath may taken between the short beeps; they must be blown consecutively.

Each shever should be about three teruah-beeps long. B’diavad the shever is valid even if it is only two beeps long, provided that all three shevarim are of that length. No breath may be taken between each shever; they must be blown consecutively.

SHEVARIM -TERUAH -HOW IS IT BLOWN?

The other type of mistake is that the tokea blows the blast properly, but loses track and blows the wrong blast, e.g., instead of shevarim he thinks that a tekiah is in order, or instead of teruah he thinks that a shevarim is due. In that case, itis not sufficient to merely ignore the wrong blast; rather, the tokea must repeat the tekiah that begins this set of tekios.

When a tekiah needs to be repeated, it is proper that the makri notify the congregation (by banging on the bimah, etc.), so that the listeners do not lose track of which blasts are being blown.

This was reprinted with permission from copyright holders. We thank Rabbi Neustadt, Project Genesis, and torah.org.