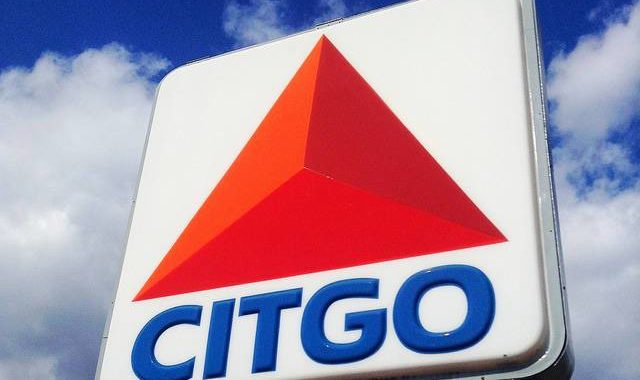 Whose oil is it?

Venezuela has the largest proven oil reserves of any country in the world, estimated in 2017 at 300 million barrels. But its people are starving.

No war or natural disaster brought what was once the fourth-richest country on Earth to its knees. The crisis resulted almost entirely from choices and policy decisions made by the late socialist revolutionary leader Hugo Chavez since his election two decades ago. Profligate spending on social services to buy the support of the poor, imposition of price controls, confiscation of private businesses, corruption at the highest levels of government, failure to diversify the economy beyond oil, and creeping dictatorship guaranteed that the house of cards would collapse. And collapse it did in 2014, when the inevitable cratering of oil prices arrived, just after Chavez died and was replaced by his chosen successor, Nicolas Maduro. A former bus driver who made all the stops on his way to the top, Maduro’s response to the crisis was to deny it was happening and stay the Chavista course.

Fast forward to today: A tenth of the population has fled the country, 90% of those who remain live in poverty, inflation is well over one million percent annually, shortages of food and medicine abound, and the average citizen has lost twenty pounds on what locals wryly call the “Maduro diet.”

In January, Juan Guaido, president of the National Assembly—the parliament that Maduro declared invalid and replaced in 2017—invoked a constitutional provision to declare himself acting president and call for new elections. The U.S. backed him, as now do more than fifty countries.

As in most family fights, there is money at stake.

Citgo, the Houston-based gas station chain, is a subsidiary of the Venezuelan state-owned oil company, Petroleos de Venezuela. Guaido has announced that he will name new boards of directors for the companies to wrest control from Maduro, leaving each company with two competing boards.

The case of two people fighting over a pikadon, monies deposited for safekeeping with a third party, is discussed by the Gemara in the beginning of Bava Metzia. Both men are considered muchzak, in possession of the funds, and ain hachaluka yechola lihiyos emes, a fifty-fifty split couldn’t possibly be correct. So if neither party can prove his claim, yehay munach ad sheyavo Eliyahu—the money shall remain in place until Eliyahu Hanavi, the herald of Mashiach, will identify the true owner. Or until proof is adduced, whichever comes first (Bava Metzia 3a and Tosafos 2a s.v. v’yachaloku).

An oil company with conflicting claims appears comparable. But in our particular scenario, there may be a muchzak, a party in possession.

In a monarchy, the king owns the country (Ran, Nedarim 28a). If he is a melech, Maduro would be the muchzak on Citgo assets, and if there is a question, he would retain ownership.

If a king loses de facto control of his country, he loses the status of melech and its attendant perquisites, including his ba’alus over the country. (Though if he loses power in a drawn-out process, it might be difficult to identify the exact point at which this shift occurs.) In a kibush, where one king’s domain is conquered by another, the new king  assumes melech status (Chulin 60b), and it would seem that he would take ownership of the country’s receivables, including such debts as bank deposits.

But although Venezuela has operated as a dictatorship for some time, Maduro insists it is a democracy, which means he admits the country’s assets belong not to him but to the Venezuelan people. This makes him an apotropos or trustee, in whose possession the assets sit while beneficial ownership is retained by the people. It would appear that an apotropos can enjoy muchzak status just like an owner, so in our case, should Citgo’s banks continue to allow Maduro access to the funds?

Not necessarily. Even if Guaido hadn’t mounted a challenge to Maduro’s rule, the Gemara says (Gittin 14a) that one holding a deposit may withhold it from an untrustworthy trustee. So a U.S. bank holding Citgo funds would have the right to deny Maduro access by arguing that his regime has demonstrated it can’t be trusted to use the funds in the best interests of the owners, the Venezuelan people. It could then legitimately retain the money until a trustworthy apotropos is in office.

This case is not without precedent in U.S. history. After the communist revolution in China under Mao Zedong, the Bank of China found itself with two feuding boards of directors. The Nationalist government, based in Formosa (now Taiwan), laid claim in 1949 to $626,860 held in the United States at Wells Fargo. The bank, citing the conflict, refused the withdrawal request. The courts deferred to the State Department, which didn’t recognize the Communist takeover, so the Nationalists got the money in 1952. It might take three years, but Guaido should have some petrodollars headed his way.